Reboot Representatives – What our industry executives were planning during lockdown Instead, the Registered Master Builders CEO and his team were at the coal face preparing for the return to work and the challenge of rebooting the industry in the post-COVID world. 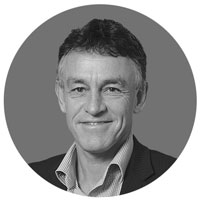 “I'd say that particularly during that first month in lockdown, I certainly was busier than I've ever been, but it was good work and it felt like productive work,” says Kelly.

So what was Master Builders doing behind the scenes to assist the industry and its members?

“We were working very closely with the Construction Industry Accord, which was set up about 18 months ago as a partnership between the construction sector and Government. My view is that it really came into its own during the COVID lockdown - the Accord team worked very hard for people right across the sector, and had very good connections into Government Ministers and Senior Government officials.

“I think we were very lucky [the Accord] was already in place, because it gave us the ability to give whole-of-industry advice to Ministers - I think the Ministers gained a lot of confidence that they were hearing the industry voice rather than disparate voices,” Kelly said.

One of the key areas of work was the return-to-site protocols, with Master Builders having direct input into those, in particular, to the residential site protocols,  developed together with the Construction Health & Safety New Zealand, (CHASNZ) organisation.

“I think the fact we were able to do that together as an industry, allowed the construction sector to get back on the job more quickly than would otherwise have been the case,” Kelly said.

Kelly says there was a lot of work to be done looking on contractual issues, particularly for larger construction companies. “What does it mean in a legal sense when contracts are suspended for example? That's quite tricky - we did a lot of work with the commercial construction sector to give them some advice about how to deal with that.

“And again, through the Accord, we encouraged Government agencies to take the lead, and they did. I have to take my hat off to the Government agencies - I think they behaved and performed extremely well in terms of their leadership, trying to be fair to contractors in terms of potential claims and extensions of time under the contract.

“The other thing we did was provide some basic advice to all our residential members on how to deal with their clients and residential contractors - what happens in terms of extensions of time and their contract, for example? Or who pays additional costs to close down and open up a site. We tried to give our members some practical advice to deal with these issues and their customers.”

Kelly says they also drew on the collective knowledge of their membership as well people who were very experienced, and had been through previous situations, connecting in strongly with other parts of the industry as well.

“I think we've established good lines of communication. I think the Accord is continuing to play a critical part - it has developed some momentum and credibility now. And I think that as an industry, we need to not lose that opportunity.

“We need to say, ‘what have we learned from working this way, and how do we make sure we keep doing that?’” Kelly said. 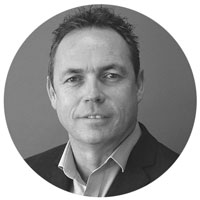 Architectural Designers New Zealand (ADNZ) CEO Gregory Watts, says that COVID-19 certainly was a speed bump for the construction sector, but a big chunk of their membership carried on ‘business as usual’ through COVID-19 and the majority are now flat out.

“Coming out of COVID-19 a few weeks ago, there’s been a rush on projects that were currently underway and now we've certainly seen a real surge in new inquiries,” says Watts.

“Obviously everybody's talking about how we can improve the consenting process and improve the RMA to remove some of the obstacles and bring the industry back on track - we've been involved in some of those discussions - but from our point of view, for now there'll be certainly enough work to carry on with on the various projects that are already on the go.”

Watt warns that the next 12 – 18 months will be where he expects to see the real impact of COVID-19 on the economy.

“It's just a matter of when and what Government does to react to that,” he said.

“I think it's a question of whether that money ends up in the right places. If it does, that can certainly spur a recovery. There are big civil projects that are being supported by the Government - that's all very good for the larger companies, but the others are finding it financially, very tough. There is only so much money to go around, so it'll be interesting to see how far that money can take them.”

Like other industry groups, ADNZ was active during the Lockdown in support of the industry in discussions with Government through their membership of the Construction Industry Council (NZCIC) and also through MBIE and with councils throughout the country.

“Were we listened to? You'd hope so. Especially if it's a voice through the NZCIC, for example, that represents a large chunk of the construction industry. You'd hope that that message would be listened to by Government.”

Watts says that above all, throughout the Lockdown, ADNZ’s role was to be there for their membership and for the greater industry, providing information and acting as a central point of contact for architectural designers and architects about what's happening with COVID-19.

“We did a lot of educational webinars.  At times during the shutdown no one knew how long it was going to last - that's where stress comes from - the unknown - so we felt it was important to focus on mental health because that was and continues to be a big concern for the industry.

“We're trying to ensure that we're equipping our architectural designers and architects with the business skills they need to navigate these uncertain times. From that perspective, we're being a support mechanism and really taking the opportunity to provide as much educational content as we can,” Watts said.

Tim Melville, Immediate Past President of the New Zealand Institute of Architects, said that soon after the Lockdown, he represented the Institute on the COVID-19 response group – which sought wider representation around the table, and put together plans to address the immediate issues facing the construction sector.

“Obviously, during lockdown, there were significant things to be advising the industry on. But also, most particularly, we were giving advice to Government on the likely consequences of what we were seeing.

“It was actually a really great thing to happen. Some people will be cynical about the Construction Sector Accord and say, ‘it's just another talk fest’. But that group represents Government and Industry coming together, actually working out what some of the problems are and starting to put a plan in place to deal with that,” Melville says.

“There's been some great work come out of the Accord to assist the industry, for example, through the Construction Health and Safety New Zealand (CHASNZ) guidelines that were put together for construction sites during Lockdown.

“We were meeting sometimes twice a week and had three Ministers attending these meetings, hearing what the issues were and taking that back to their colleagues in the cabinet.

“I feel that the Government has supported us and we need to continue to have that strong relationship and keep those lines open so that we can continue to play our part.”

Melville feels something that often gets overlooked is that the majority of architects and engineers are very small businesses, so they felt the impact of the lockdown intensely.

“One of the challenges for the industry is how to get that assistance, guidance and support down to these grassroots people and work out ways we can help small businesses survive and, eventually, thrive again,” he said.

Aside from the Government interaction, Melville says the NZIA put a huge amount of work into keeping information and advice flowing through the industry.

“We established a dedicated place on our website to bring together all the Covid resources we've developed. And those resources cover everything from how to get Government support, business and planning, wage guarantee scheme, employment health, both for employees and employers, safe return to work processes and rental obligations, which is a big issue for everybody.”

Melville says the NZIA is fortunate to have a remarkable national office team of very dedicated and talented people, so when the country went into lockdown mode, the office was basically ‘business as usual’.

“Everybody was working remotely and did a great amount of work during that time to help the NZIA’s members. I’d like to send them a little bit of praise because they did an awesome job.”

That work went alongside 18 live webinars produced during the Lockdown which  provided guidance on such topics as ‘managing in uncertain times’ with speakers talking about their experiences during the GFC, and even recollections from the disastrous economic conditions of the late 1980s and ’90s.

The use of video also extended into the NZIA’s AGMs and industry awards judging which could not be conducted in person.

“Obviously, we weren’t able to host physical events during the lockdown, but we held those AGMs as webinars, and there was a lot of gratitude from all around the country for what our national office had done to support everybody.”

Melville says that New Zealand’s architects are very fortunate to be members of a very collegial profession.

“As a group, we tend to be pretty supportive of each other. And that has helped hugely during these times.

“We’ve got to be part of our collective industry’s response to this downturn and be active in supporting each other to move forward. That's happening now and it’s very, very important that it continues to happen – that we don't return to our silos, which we've tended to do in the past.

“We've made progress. Keep it up. Use it to help the recovery,” Melville says.