3XN, B+H and Zhubo Design’s design has been chosen from an international architecture competition to design the Shenzhen Natural History Museum. The scheme, entitled ‘Delta,’ will rise seamlessly from the Shenzhen river delta, inviting visitors and residents to journey along its accessible green rooftop.

There were seventy entries in the competition from right around the world - fifteen teams were selected for the final bidding stage representing 18 countries across Europe, North America, and Asia. In the end, first place and commissioning went to a consortium composed of 3 firms: 3XN, B+H, and Zhubo Design.

It is hard to surpass Shenzhen as a city of dramatic architecture projects. This co-design project will be the first large-scale natural museum in Southern China and one of the city’s “Ten Cultural Facilities of the New Era.” 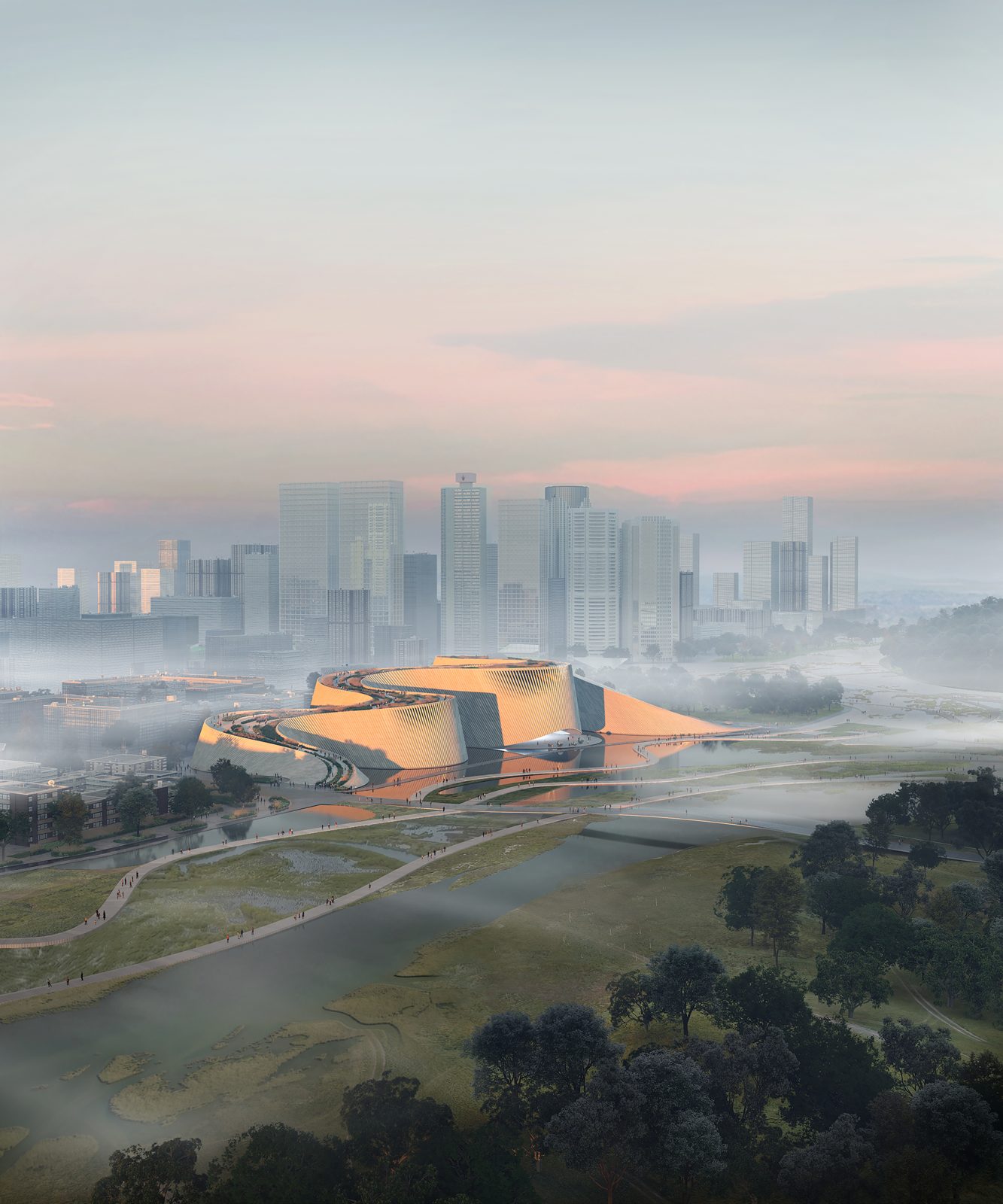 The site is strategic, in the Pingshan District of Shenzhen, next to picturesque Yanzi Lake. The 42,000-square meter museum will contain a series of galleries dedicated to natural history and the ecology of Shenzhen and its surrounding region. Spaces will be accessed via a large, cave-like entrance lobby at the centre of the building.

“Like water streaming down a river, the undulating form leads guests to a 'cave' inspired passage that is connected to the museum lobby and activated by multiple cafes and public areas, serving as the pulsating heart of the building," said the studios. 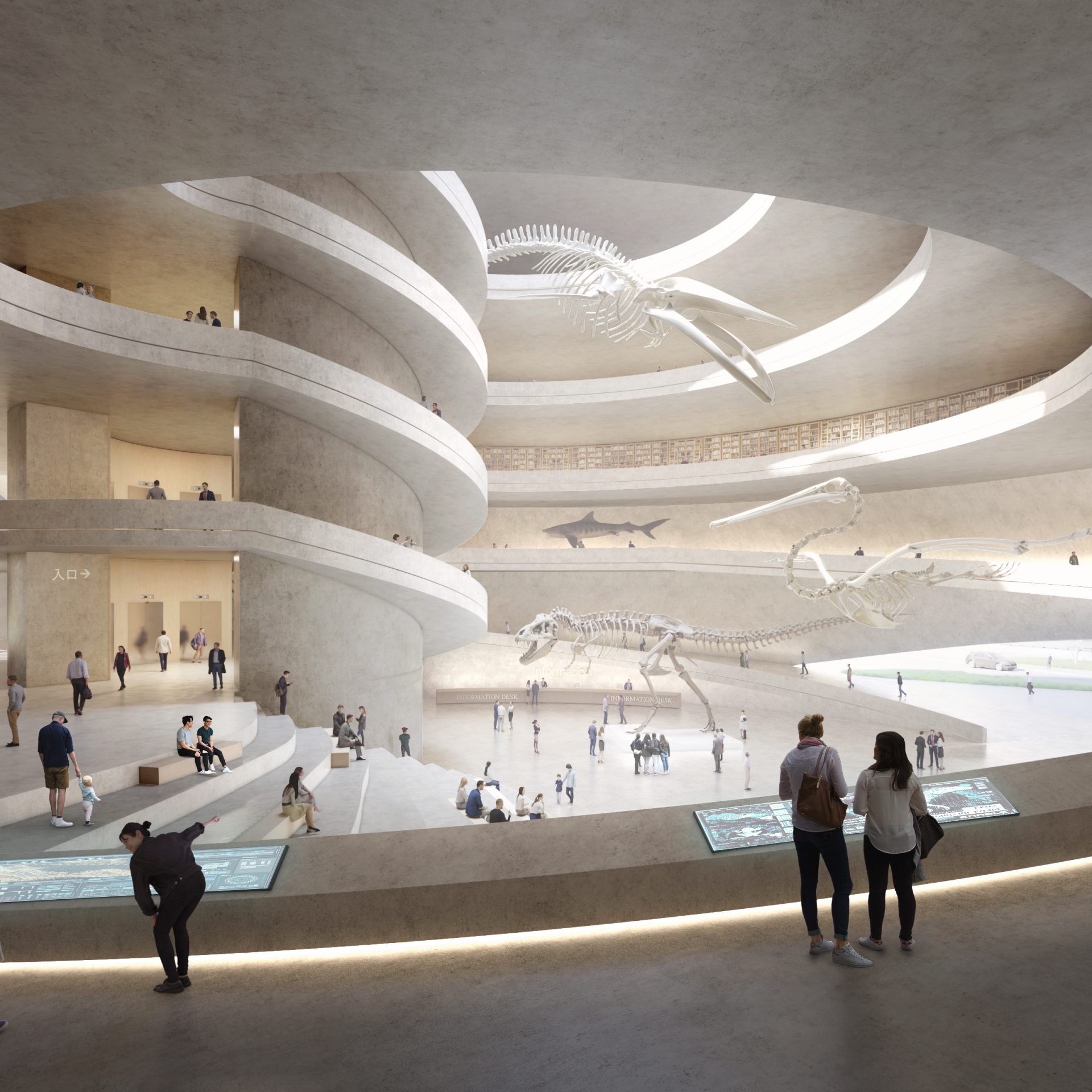 Judges said “This building captures the unique atmosphere of a riverfront site and finds the timeless property of water as a concept. The connection between function, site, concept, structure, material, and space is very clear.”

The architects liken the form of the building to a river flowing over the Delta. The green roof is a public park that curves like a river stream finding its position in harmony with the earth. It highlights the museum’s organic geometries and frames a new breathtaking view of the surrounding landscape at every turn. The rooftop park is an extension of the ground floor public park network. Its purpose is to enhance public use of the area with a range of activities dedicated to keeping the site continuously active – from daily morning jogs and evening strolls to sightseeing. This way, visitors and residents can enjoy the building and use it to connect with nature.

"Like a river stream finding its shape in balance with the earth, every turn frames a new spectacular view over the surrounding park, hills, and lake from dedicated viewing terraces along the roof park," the architects said.

The rooftop walkways lead visitors into a large passage that resembles a cave that connects to several public areas and cafes. Most of the interior will be dedicated to exhibition space. Things like ancient extinct species of animals and dinosaur fossils will be on display. The museum is the latest in a wave of new cultural institutions being built in China. Recently completed museums in the country include the Jingdezhen Imperial Kiln Museum, which is housed within cavernous brick vaults, the He Art Museum by Tadao Ando, and a set of ruins that were transformed into a museum by Shenzhen Horizontal Design.